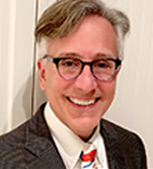 Joseph Spada graduated cum laude from Boston College, and earned his JD at The Catholic University, Columbus School of Law, in Washington, D.C., where he worked for a year in the Justice Department. Early in his career Spada worked as a law clerk with the Connecticut Trial Courts, with the Massachusetts Department of Revenue, and the Suffolk County’s Sheriff’s Department. Spada spent 20 years as a Federal Staff Attorney with the Honorable Lawrence P. Cohen at the United States District Court, District of Massachusetts. He is a member of the Massachusetts Bar, the United States District Court, District of Massachusetts, and the First Circuit Court of Appeals.

To learn more about the online Paralegal Studies Program, contact an Enrollment Advisor at (888) 700-3966 or fill out the form below to download a free brochure.

Boston University respects your right to privacy. By submitting this form, you consent to receive emails and calls from a representative of Boston University, which may include the use of automated technology. Consent is needed to contact you, but is not a requirement to register or enroll.

Are you enrolling from outside the U.S.? Click Here.

“Completing the paralegal studies program was probably one of the best decisions I have made. I have recommended this program to people I’ve spoken to. I’m thankful that such programs exist.” – Ian Clark